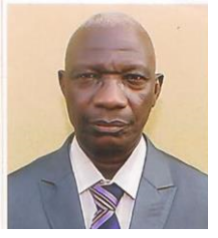 Born on 4th November, 1949 in the Palace at Itapa-Ekiti.   I had my Primary Education at Saint Luke’s African Primary School, Itaji Ekiti.   After my Primary Education, I was employed as a messenger in the Pharmacy Department of Ile-Abiye Hospital, Ado Ekiti, where I was sent for an intensive training as Pharmacy Assistant at Wesley Guild Hospital, Ilesa. I worked as a Pharmacy Assistant from 1963.   During this period, I studied privately for General Certificate of Education (GCE) through correspondence – RAPID RESULT COLLEGE, TUITION HOUSE, LONDON. I passed the GCE Ordinary Level, and was admitted into University of Ilorin in 1980 to 1984.   I got married to Abigail Folake,( nee Oke), on Nov. 23, 1968. We are blessed with male and female children.   I served the NYSC at Ahoada General Hospital, River State from July 1984 – June 1985.   I did my internship as a Medical Laboratory Scientist at University College, Hospital (UCH), Ibadan, 1985-1986.   I was employed as Medical Laboratory Scientist by the Baptist Medical Centre (now BUTH) in 1986.   I had my Masters Degree from University at Ilorin in 1993. I had my fellow of Medical Laboratory of Nigeria in 1994; Fellow of the Institute of Biomedical Science of UK in 2017. I had my PhD from LAUTECH, Ogbomoso in 2006.   I resigned my appointment from BMC as a Medical Laboratory Scientist in 2008, and joined the Bowen University as Lecturer I on  Mar 1 2008.  I taught many courses in the Science both undergraduate and postgraduate (MSc) levels. I have been taking several courses in Medical Microbiology & Parasitology in the Faculty of Basic Clinical Sciences of Bowen University. I was promoted to Senior Lecturer in 2014. I retired in 2014, but have been considered for contract appointment. I have served in several committees of the University and BUTH.